The capital of Vietnam, Hanoi is the second most populous city in the country with approximately 6.5 million people. The history and culture of Vietnam is clearly on display. Excellent Vietnamese cuisine, vibrant street-life, contemporary art galleries and French architecture combine to form a unique blend of old and new, Asian and European. Despite recent rapid development, the city has retained much of its traditional identity. Physically the lakes and Old Quarter still retain a wonderful sense of timeless grace and much of its population continues to observe centuries old customs and festivals.

Hoan Kiem Lake - Once connected to the Red River, the lake of the “Restored Sword” is situated in the center of Hanoi. It was known as Luc Thuy (Green Lake) during the Ly and Tran Dynasties, then Thuy Quan (Naval Lake) under the restored Le dynasty kings. The small Ngoc Son (Jade Moutain) island at the northern end is the site of one of the notable temples of Hanoi, restored in the 19th century and dedicated to Tran Hung Dao who defeated the Mongol invaders, as well as Van Xuong, a deity associated with literature. The red lacquered wooden bridge The Huc (Morning Light), connects the island to the shore. The tower standing at the shore side entrance to the temple complex is known as the Inkbrush Tower, with the inscription “To write on the blue of the sky”. Another smaller islet towards the southern end of the lake holds the “Tower of the Turtle”.

The legend associated with the lake is as follows: In the early 15th century, a fisherman named Le Than found the blade of a sword in his net, bearing the inscription “According to the Will of Heaven”. He joined Le Loi’s rebel troops fighting the Ming Chinese invaders. Le Loi recovered the handle of the sword and used it against the enemy. Thanks to his sacred weapon, he defeated the Chinese and became king under the name of Le Thai To. When he later went boating on the lake, a golden turtle emerged from the water and took back the sword.

Ho Chi Minh Mausoleum - In the tradition of Lenin, Stalin and Mao, Ho Chi Minh’s Mausoleum is a monumental marble edifice. Contrary to his desire for a simple cremation, the mausoleum was constructed from materials gathered from all over Vietnam between 1973 and 1975. Set deep in the bowels of the building in a glass sarcophagus is the frail, pale body of Ho Chi Minh. The mausoleum is closed for about two months each year while his embalmed body goes to Russia for maintenance.

The roof and peristyle are said to evoke either a traditional communal house or a lotus flower, though to many tourists it looks like a concrete cubicle with columns.

The queue, which moves quite quickly, usually snakes for several hundred metres to the mausoleum entrance itself. Inside, adopt a slow but steady pace as you file past Ho’s body. Guards, in snowy-white military uniforms, are posted at intervals of five paces, giving an eerily authoritarian aspect to the slightly macabre spectacle of the body with its wispy white hair.

Note that wearing shorts and tank tops is not permitted so dress modestly, and maintain a respectful demeanour at all times; no talking. It's also forbidden to put your hand in your pockets. Hats must be taken off, and you may also be requested to store day packs, cameras and phones before you enter. Photography is strictly prohibited in the mausoleum.

Most of the visitors are Vietnamese and it’s interesting to watch their reactions. Most show deep respect for Ho Chi Minh, who is honoured for his role as the liberator of the Vietnamese people from colonialism, as much as for his communist ideology. This view is reinforced by Vietnam’s educational system, which emphasises Ho’s deeds and accomplishments.

If you’re lucky, you’ll catch the changing of the guard outside Ho’s mausoleum – the pomp and ceremony displayed here rivals the British equivalent at Buckingham Palace.

Temple of Literature - About 2km west of Hoan Kiem Lake, the Temple of Literature is a rare example of well-preserved traditional Vietnamese architecture. Founded in 1070 by Emperor Ly Thanh Tong, the temple is dedicated to Confucius (Khong Tu) and honours Vietnam’s finest scholars and men of literary accomplishment. Vietnam’s first university was established here in 1076. At this time entrance was only granted to those of noble birth, but after 1442 a more egalitarian approach was adopted and gifted students from all over the nation headed to Hanoi to study the principles of Confucianism, literature and poetry.

In 1484 Emperor Le Thanh Tong ordered that stelae be erected to record the names, places of birth and achievements of exceptional scholars: 82 stelae remain standing. The imposing tiered gateway (on P Quoc Tu Giam) that forms the main entrance is preceded by a curious plaque, whose inscription requests that visitors dismount their horses before entering.

Paths then lead through formal gardens to the Khue Van pavilion, constructed in 1802, beyond which is a large square pond known as the Well of Heavenly Clarity.

The northern side of this courtyard is marked by a low-slung pagoda housing an extraordinary statue of a majestic-looking Confucius, depicted with a goatee and bearing scarlet robes, flanked by four of his disciples.

Tran Quoc Pagoda - One of the oldest pagodas in Vietnam, Tran Quoc Pagoda is on the eastern shore of Tay Ho, just off Thanh Nien road, which divides this lake from Truc Bach Lake. A stela here, dating from 1639, tells the history of this site. The pagoda was rebuilt in the 15th century and again in 1842.

One Pillar Pagoda - Situated next to the Ho Chi Minh Mausoleum and right in the center of Hanoi, standing the One Pillar Pagoda, which also literally means "long lasting happiness and good luck" in its Vietnamese name Chùa Một Cột. The legend that under Ly’s dynasty in 1049, the king, prayed badly for a child, dreamt of the Holy Lady sitting on a lotus flower and granted him a baby son. A few months later, the queen gave birth to a little boy. Exhilarated by the event, the king ordered the construction of the pagoda, which was built of wood and supported by only a stone pillar to resemble the lotus seat, a Buddhist symbol of purity, of his dream in gratitude to the Holy Lady. The pagoda you see today is a new form rebuilt in 1955 since it was destroyed by the French forces after the First Indochina War.

Quan Thanh Temple - In Hanoi, a leading tourist attraction is Quan Thanh Temple, one of the four most sacred temples that were built in four directions to protect the capital from malevolent spirits. It is a Taoist temple dedicated to Xuan Wu, a high-ranking Taoist deity and known as the God of the North. It's on the southeast corner of Ho Tay (West Lake) that you can view the temple, which was constructed in the 11th century during Ly Dynasty and now is the oldest one.

Keep an eye out for the grand three-door entrance, guardian tiger, banyan tree and delicate woodcarvings when you approach the temple. While inside the main shrine, tourists having Vietnam private tour can observe a 13-feet-high bronze statue of Xuan Wu that weights nine tones and was cast in 1677. It’s regarded as a masterpiece of Vietnamese bronze casting and sculpture, the second biggest bronze statue in this country. Martial arts classes are hosted here because the deity is particularly revered by martial artists. Usually, locals in Hanoi come to the temple in Lunar New Year or new moon and full moon to pray for health, luck and happiness. 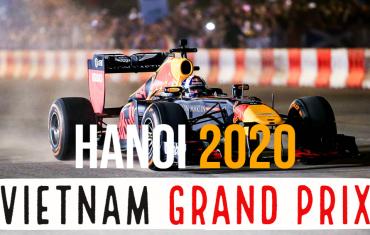 Vietnam Grand Prix and Exploring From North to South 10 Days 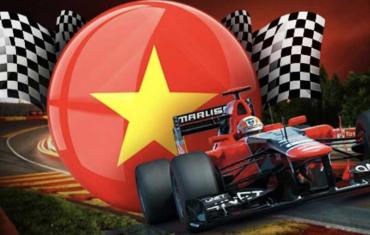