Formerly known as “Saigon”, the city is Vietnam’s commercial center. With a population of approximately 10 million people it’s a dynamic metropolis undergoing dramatic change. Remnants of the city’s past are still visible however and beautiful historic buildings - public and private - can still be found dotted throughout the city. Women dressed in Vietnam’s traditional Ao Dai tunic can still be seen strolling past modern trendy boutiques and crowded cafes. The city’s nightlife buzzes but so do its many traditions and ancient rhythms. It’s a city experienced primarily at street level and there’s always something to discover just around the next corner…

Reunification Palace (Independece Palace) - Of all Vietnam's tourist attractions, the one you should not drop is the iconic Reunification Palace. It was firstly designed as the residence and workplace of the U.S backed former Vietnam President Ngo Dinh Diem until his death. On April 30, 1975 during the Saigon Fall, the North Vietnamese Army maneuvered a tank crashed through the main gate of the palace, signifying the end of the Vietnam War.

The place was designed by award-winning French architect and is said to be in harmony with Feng Shui principles. Lush tropical gardens surrounds this five-level building, which hides secret rooms, entertainment lounges, telecommunications center and a basement housing a warren of tunnels. Interestingly, the war command room still has huge maps and old communication equipments intact, along with the basement labyrinth. To date, the conference room still hosts important national events, such as the recent APEC summit and the signing of the WTO accord. The building has been left largely as it was, so history buffs can have a deep exploration of the global history here.

Notre Dame Cathedral - Built between 1877 and 1883, Notre Dame Cathedral rises up romantically from the heart of HCMC’s government quarter, facing Dong Khoi Road. A brick, neo-Romanesque church with two 40m-high square towers tipped with iron spires, the Catholic cathedral is named after the Virgin Mary. The walls of the interior are inlaid with devotional tablets and some stained glass survives. English-speaking staff dispense tourist information from 9am to 11am Monday to Saturday. If the front gates are locked, try the door on the side of the building that faces Reunification Palace.

Central Post Office - Right across the way from Notre Dame Cathedral, HCMC's striking French post office is a period classic, designed by Gustave Eiffel and built between 1886 and 1891. Painted on the walls of its grand concourse are fascinating historic maps of South Vietnam, Saigon and Cholon, while a mosaic of Ho Chi Minh takes pride of place at the end of its barrel-vaulted hall. Note the magnificent tiled floor of the interior and the copious green-painted wrought iron.

War Remnants Museum - Primarily containing exhibits associated with the American phase of the Vietnam War from 1961 to 1975, the War Remnants Museum was opened in 1975. As one of the most popular attractions in Ho Chi Minh City, the museum has been drawing tens of thousands foreigners' attention.

When you enter the museum, a hushed and somber atmosphere can be felt immediately since photographs, artifacts and graphic displays pop into your eyes, showing the horror of the cruelty of war. Permanent exhibits shown inside are well-captioned in both Vietnamese and English. Outside the museum displays military equipment used in the war time like tanks, bombardments and aircraft, as well as a replica of a POW (a prisoner of war) prison. Of note is that many changes and renovations have been made to the museum because of the normalization of relation between the two countries. It's necessary for tourists having tours in Vietnam to look at the war from a different perspective. The War Remnants Museum is the right spot as they can transform an ordinary visit to an intellectual and remarkable trip.

Cu Chi Tunnels - Cu Chi Tunnels are located in the Cu Chi District, Ho Chi Minh City. Cu Chi actually is a network of tunnels built during the Vietnam- American War. It is a historical place where Viet Cong Soldiers hid for communication and prepared for surprise attacks. Therefore, in the Cu Chi Tunnels, you can experience the ambiance of the American war for long time ago. You also can try to talk and breath in difficult conditions (dark, lack of air) and discover underground life so make sure you wear comfortable walking shoes and be ready for uneven surfaces. In particular, many visitors have to stoop to be able to walk. Depending on the geographic terrain, there may be 2 or 3 stories under Cu Chi Tunnels. In addition to the historical monument of Cu Chi Tunnels, there are other fascinating activities such as simulated shooting, swimming, sailing on the lake or renting a bicycle around tunnels.

Ben Thanh Market - Being the most famous landmark in Ho Chi Minh City, the Ben Thanh Market enjoys a history of over 150 years. It was established since the French occupation, but a fire burnt it to the ground in 1870. After which it was rebuilt to be the city’s largest market.

The market and the surrounding streets make up a quite lively area for visitors to venture out. Believe it or not, one can never get bored in an Asian Market since it's so different than commercial center and shopping malls seen in western countries. Various stands and food stalls in the food section offering fresh dishes made to the order: banh xeo, banh beo, banh cuon hu tiu, etc.. Anything you can find here is what the locals favor, from clothing, bags, jewelry to sweets, grocery and Vietnamese coffee, shop till you drop! Just remember to haggle down the price. Another tip is coming here before 8 am in the early morning since good bargains can always be made that time because people believe the first transaction of the day will bring good luck to them. When evening falls, try the sidewalk restaurants - that's also where the locals dine! In a whole, Ben Thanh Market is a great place to see when you are travelling in Vietnam.

Read more: The top 10 best things to do in Ho Chi Minh City 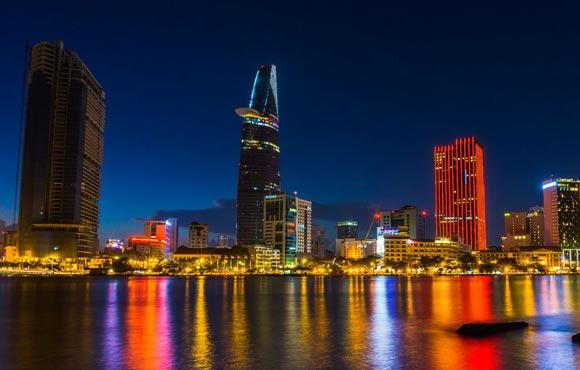 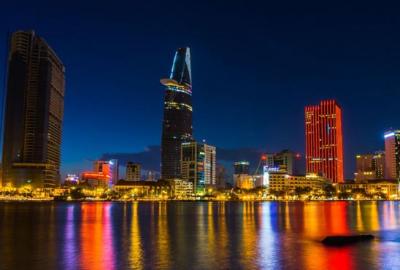