Thailand is described as the ‘Country of a Thousand Smiles’ and the country has done very well to earn this reputation. Being the most mature tourist destination in Indochina area, Thailand has almost everything from unique history and culture, crystal blue beaches, outstanding scenery, delicious food to dazzling nightlife to be the top holiday destination for any travel budget and interest. With a highly developed hotel industry, here you can stay at some of the best luxury hotels in the world or a cozy and affordable beach bungalow. As Bangkok is the most famous hub of international flight connections in the Indochina region, many travelers like to start or end their tour to Southeast Asia in Thailand.

CURRENCY: The official currency is the Baht (Symbol B), divided into 100 satang – which are rarely seen these days. Coins come in B1 (silver), B2 (golden), B5 (silver) and B10 (mostly golden, encircled by a silver ring) denominations, notes in B20, B50, B100, B500 and B1000 denominations, inscribed with Western as well as Thai numerals, and generally increasing in size according to value. At the time of writing, exchange rates were around B35 to US$1.

Credit cards as well as debit cards can be used for purchases at many shops, hotels and restaurants with roughly 4-5% service charge.. The most commonly accepted cards are Visa and MasterCard, followed by Amex and Japan Card Bureau.

PASSPORT AND VISA: Visitors from one of approximately 40 nations, such as New Zealand, Australia, Canada, the USA, and most European nations may enter Thailand for up to 30 days without a Thai visa. These Thailand visa waivers are issued upon arrival in Thailand. Those entering Thailand by land may not receive a 30 day exemption however; the Thai visa waiver was reduced to 15 days for those entering by land after January 1, 2009. If your citizenship does not qualify you for a Thailand visa waiver or if you are planning to stay in Thailand for longer than 15/30 days, you must apply for a Thai visa at an embassy or consulate outside of the Kingdom. Thai tourist visas are valid for 30 or 60 days.

CLIMATE: The weather in Thailand is generally very hot, particularly between March and May. The monsoon season runs from June to October, when the climate is still hot and humid with torrential rains. The best time for travelling is November to February (cool season), although the southern islands are best from June to September.

ELECTRICITY: The electric current in Thailand is 220 Volt AC (50 cycles) throughout the country. Most of the sockets are 3 flat plugs in a triangle; some outlets accept round plugs or combined round/flat holes. Please bring an international adaptor with you.

Roads in Thailand range from multi-lane freeways around Bangkok to tiny lanes known as sois. Popular routes in the provinces are often four lanes. In Thailand, vehicles drive on the left. It is possible to hire a motorbike or a car with an International Driving licence.

VACCINATION: No vaccination is required, but visitors are advised to receive inoculations against hepatitis A and B, typhoid and tetanus. Inoculation for yellow fever and tablets for malaria are not necessary although doctors still usually recommend them.

FESTIVALS: Nearly all Thai festivals have a religious aspect. The most theatrical are generally Brahmin (Hindu) in origin, honouring elemental spirits and deities with ancient rites and ceremonial costumed parades. Buddhist celebrations usually revolve round the local temple, and while merit-making is a significant feature, a light-hearted atmosphere prevails, as the wat grounds are swamped with food and trinket vendors and makeshift stages are set up to show likay folk theatre, singing stars and beauty contests.

LANGUAGE: While the official Thai language is widely spoken throughout Thailand, many Thais also speak and understand English, though more so in Bangkok and the major tourist areas. The Thai language is tonal and not easy to learn quickly. However locals will be happy when a visitor attempts a few words. There are regional dialects which reflect the influence of the origins of many of the people; Malay in the south and Cantonese in the north as typical examples. 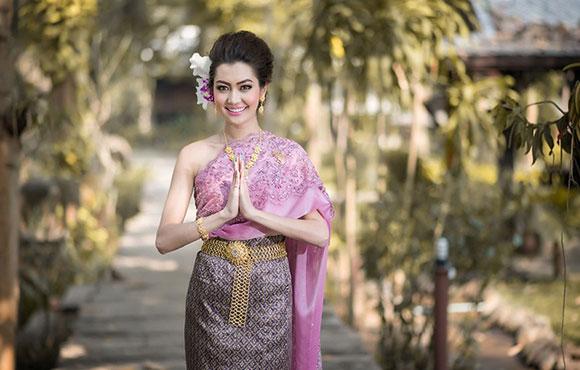 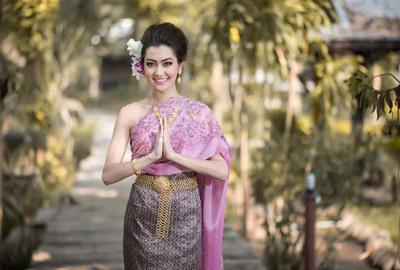 Being one of the top holiday destinations in the world, Thailand does has its magic to have everyone satisfied as there are so many inspiring things to see & do in this friendly and vivid land. While Bangkok’s glittering temples and golden palaces manifesting the ancient Buddhism, the world-class beaches of Phuket and Ko Samui just drive your trouble and pressure away effortlessly. You can have fun exploring the vivid night markets and excite your taste buds with delicious Thai food, or spend time learning how to look after elephants in Chiang Mai... Let take a look to some of Nadova Tours travel packages in Thailand

If you do not find what you are looking for? Let our travel consultants plan a 100% tailor-made travel package for you. Please click SEND YOUR INQUIRY Free and Easy!