Named ‘The Pearl Of Asia’, there was a time not so long ago when Phnom Penh was considered one of the finest cities in the region. Located at the junction of the Mekong, Bassac and Tonle Sap rivers, Phnom Penh has been Cambodia’s capital for most of the last six centuries. Having recovered from the dark legacy of the Pol Pot era in the 1970’s, Phnom Penh today is a vibrant economic center with a population of two million inhabitants. Cafes, restaurants and hotels line the riverfront while boutique shops and art galleries are springing up along the smaller side streets. Despite its recent urban development Phnom Penh has nonetheless retained its old world charm with much French colonial architecture still standing, as well as numerous, beautiful temples and pagodas. Rich in history, the city offers a number of cultural and historical sites including the National Museum, the Royal Palace, the Silver Pagoda and the more harrowing Tuol Sleng Prison.

NATIONAL MUSEUM - The National Museum of Cambodia Phnom Penh is Cambodia's largest museum of cultural history and is the country's leading historical and archaeological museum.

The museum houses is one of the world's largest collections of Khmer art, including sculptural, ceramics, bronzes, and ethnographic objects. The Museum’s collection includes over 14,000 items, from prehistoric times to periods before, during, and after the Khmer Empire, which at its height stretched from Thailand, across present-day Cambodia, to southern Vietnam.

ROYAL PALACE - The Royal Palace is located in Phnom Penh, Cambodia, which is a complex of buildings which serves as the royal residence of the king of Cambodia. Its full name in the Khmer language is Preah Barum Reachea Veang Chaktomuk Serei Mongkol. The Kings of Cambodia have occupied it since it was built in 1860s, with a period of absence when the country came into turmoil during and after the reign of the Khmer Rouge.

The palace was constructed after King Norodom relocated the royal capital from Oudong to Phnom Penh in the mid-19th century. It was gradually built atop an old citadel called Banteay Kev. It faces towards the East and is situated at the Western bank of the cross division of the Tonle Sap River and the Mekong River called Chaktomuk (an allusion to Brahma).

SILVER PAGODA - The Silver Pagoda is located on the south side of the Royal Palace, Phnom Penh. Formerly, it was known as Wat Ubosoth Ratanaram. The temple's official name is Preah Vihear Preah Keo Morakot but is commonly referred to as Wat Preah Keo in Khmer.

The vihara houses many national treasures such as gold and jeweled Buddha statues. Most notable is a small 17th century baccarat crystal Buddha (the "Emerald Buddha" of Cambodia) and a life-sized gold Maitreya Buddha decorated with 9584 diamonds, the largest of which weighs 25 carats. It was created in the palace workshops during 1906 and 1907, the gold Buddha weighs in at 90kg and is dressed in royal regalia commissioned by King Sisowath. During King Norodom Sihanouk's pre-Khmer Rouge reign, the Silver Pagoda was inlaid with more than 5,000 silver tiles and some of its outer facade was remodelled with Italian marble. However only a small area of these tiles are available to be viewed by the public on entering the pagoda.

It is a notable wat (Buddhist temple) in Phnom Penh and the official temple of the King of Cambodia.

TUOL SLENG GENOCIDE MUSEUM - The Tuol Sleng Genocide Museum is a museum in Phnom Penh, the capital of Cambodia. The site is a former high school which was used as the notorious Security Prison 21 (S-21) by the Khmer Rouge regime from its rise to power in 1975 to its fall in 1979. Tuol Sleng means "Hill of the Poisonous Trees" or "Strychnine Hill". Tuol Sleng was only one of at least 150 execution centers in the country,and as many as 20,000 prisoners there were killed. 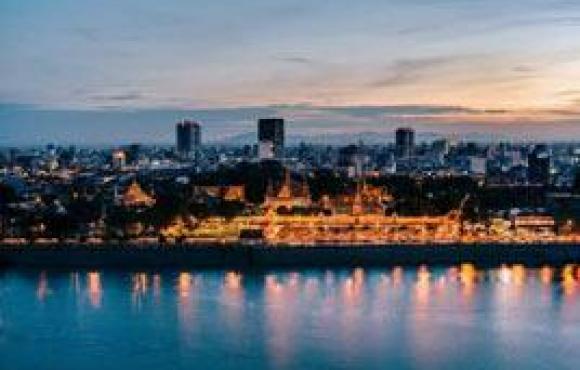 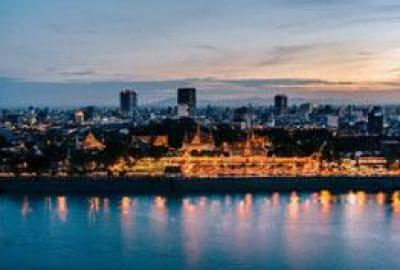 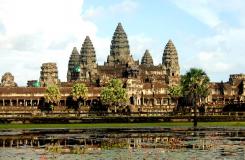 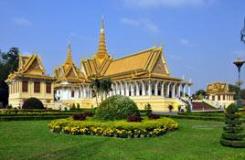 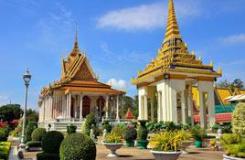 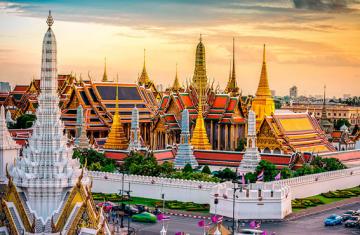