Xieng Khuang province lies at the crossroads of important trade routes leading north to China, south to Thailand and east to Vietnam, and has been coveted throughout the centuries by rival Southeast Asian empires. Xieng Khuang, hemmed in by a ring of dramatic mountains, including the country’s tallest peak, Phu Bia, is best known for the treeless flatlands and crater-ridden landscape of the Plain of Jars. A plateau of grassy meadows and low rolling hills situated at the centre of the province, the Plain takes its name from the clusters of chest-high funerary urns found there. For people with a very deep interest in archeology and Southeast Asian history the jars are worth the journey to Xieng Khuang, but for some tourists they are something of an anticlimax. However, their other-worldliness, against the flat barren landscape of the area, retains a certain mystique, and by choosing your guide wisely it’s possible to get a lot more out of a visit here.

As the flattest area in northern Laos, the Plain of Jars is also a natural gathering point for armies – a fact not lost on military commanders of the early kingdoms of Lane Xang, Vietnam and Siam and later the Soviet Union, France and America, the Viet Minh, the Pathet Lao and the Lao Royalists. Fought over dearly in the Second Indochina War, the region was bombed extensively between 1964 and 1973, transforming the Plain into a wasteland, which leaves a lasting impression on those who fly over it into Phonsavan.

With much of the literature of the province’s historical Phuan kingdom destroyed and many of the customs lost, Hmong culture and festivals have come to play an important role in Xieng Khuang life. Boun Phao Hmong, or the Festival of the Hmong, celebrated throughout the province in November, draws overseas Hmong back each year for an event featuring water buffalo and bull-fights. In December, Hmong New Year, a time for young Hmong to find a husband or wife, is celebrated, as is the lowland Lao festival of Boun Haw Khao, a two-day holiday in which food is offered to the dead. It has a distinctly Xieng Khuang flavour, however, with the addition of horse races, horses being especially prized by villagers who work Xieng Khuang’s far-flung fields. 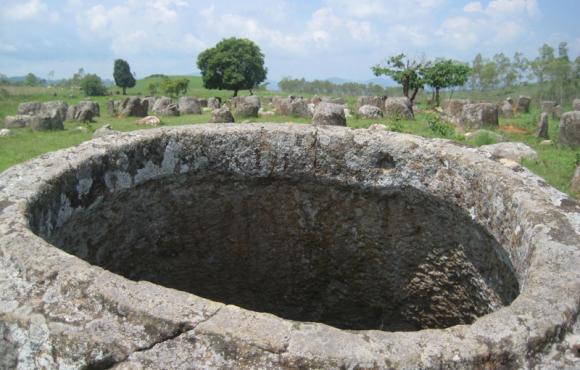 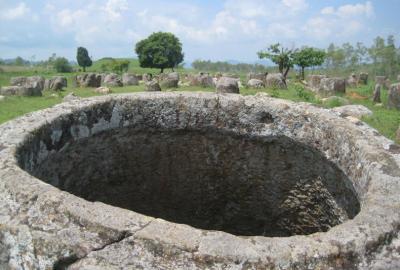