Quang Binh on Vietnam's north-central coast has a border with Laos in the west with the South China Sea/North Pacific its eastern boundary. At its narrowest the province is just 40 km wide. Fairly mountainous, the highest peak is over 2,000 metres with some 85% being hills and mountains.It was once part of the Cham Kingdom before being taken by the Đại Việt. It was part of Annam under French rule and then North Vietnam, just a short distance from the Demilitarised Zone during the Vietnam War; consequently it suffered tremendous damage from bombing during that struggle.

The coastline is almost 120 km long with five rivers flowing into the sea within its borders while there are over 150 lakes, some manmade within the Province. Quang Binh is a fairly poor province though agriculture and fishing continue to be developed. Tourism is certainly helping to improve the local economy.

In particular, Quang Binh is home to the world's largest cave- Son Doong. Son Doong Cave was formed about 2-5 million years ago, when river water flowed through the limestone area that was buried along a fault line. Water flows erode and creates a giant tunnel in the ground under the mountains. The cave is 150 meters wide, 200 meters tall, nearly 9 kilometers long. Estimated capacity of Son Doong Cave is 38.5 million cubic meters. Furthermore, researchers also found an underground river 2.5 km long in the cave with many stalactites up to 70 m high. The cave also has coral populations and fossil animal relics. In 2014, The New York Times ranked Son Doong cave at the 8th position of 52 places in the list of must- visit places.

Phong Nha – Ke Bang National Park in Quang Binh is another destination for travellers seeking for adventurous experiences during their Vietnam private tours. Though the national park was recognized as UNESCO Heritage for its impressive grotto and cave system, Phong Nha is still a pristine place which is not yet affected by mass tourism. Phong Nha offers tourists countless off-the-beaten-path activities such as exploring caves and grottoes, forest trekking, mountain climbing. Even if you are just looking for a place to have a getaway from busy tourist attractions and see the authentic Vietnam, Phong Nha – Ke Bang is absolutely worth visiting. 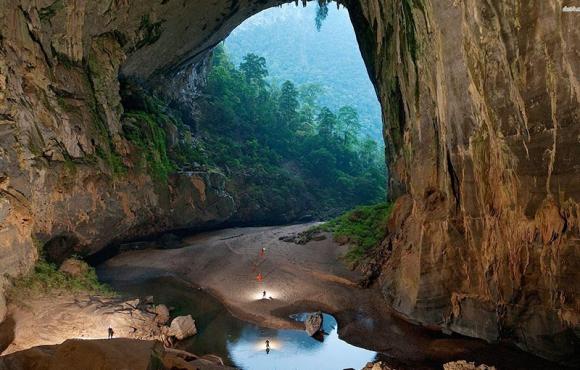 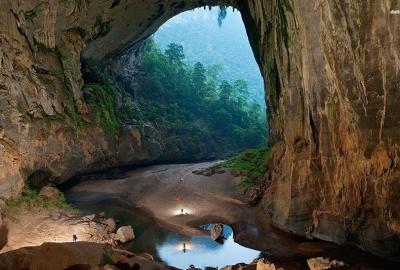