Ten things to see in Laos

Unquestionably, Laos is a wonderful destination in South East Asia. Many tourists travel to Laos in recent years fall in love with this amazing country. Laos is still the most authentic and least exploited destination in compare to other places in the same area. Regarding to the question of what to see in Laos, we list below the top ten things to see in Laos:

1. The historical town of Luang Prabang

Once the royal seat of the ‘land of thousand elephants’ as the Lan Xang Kingdom was known, Luang Prabang is located at the confluence of the Mekong and Nam Khan Rivers. Luang Prabang is a must-see attraction of every Laos tour packages. The town is a harmonious combination of traditional Laotian architecture elements and other specific of colonial urbanism during the 19th and 20th century. Sagacious travelers admire a special urban landscape in Luang Prabang which was declared by UNESCO as a World Heritage Site in 1995. 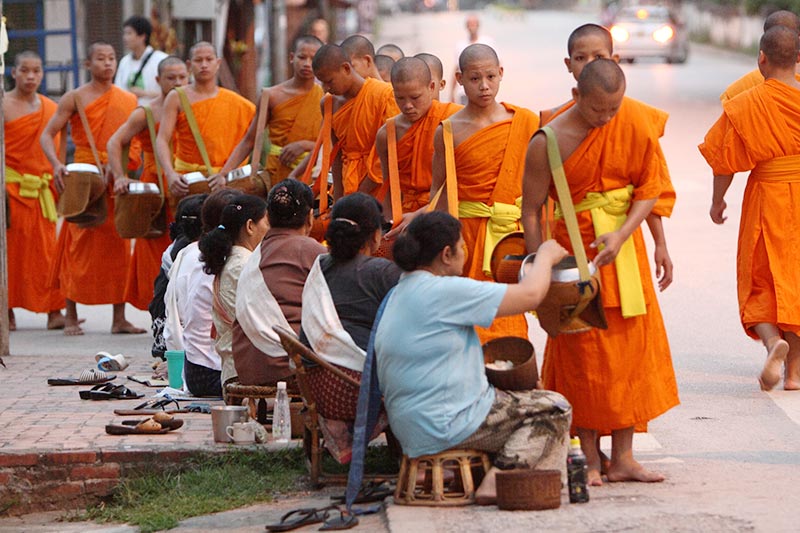 2. The venerable Pha That Luang, a symbol of the Laotian nation

The Pha That Luang, meanin “Great Sacred Stupa” is considered as the national symbol and the most sacred religious monument of Laos. When tourist visit the capital Vientiane on the classic Laos tour, Pha That Luang should not be missed. In the legend, Pha That Luang is said to be existed since the 3rd century to hold a relic of Lord Buddha. The stupa is illuminated at night, which makes it a splendid sight in the capital city. 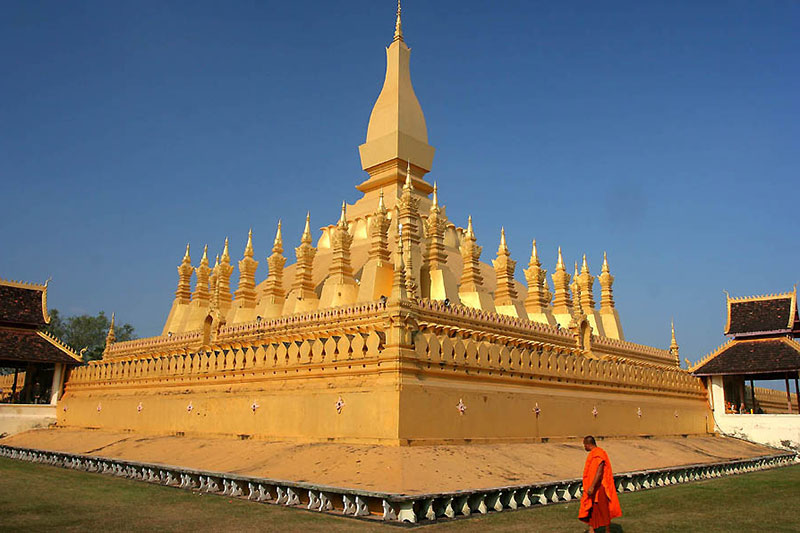 Wat Si Saket was built in 1818 on the orders of King Anouvong. The temple is the only temple in the city was remained after the Siamese occupation in Vientiane in 1828. The niches of its courtyard host thousands of Buddha images in various sizes and postures. 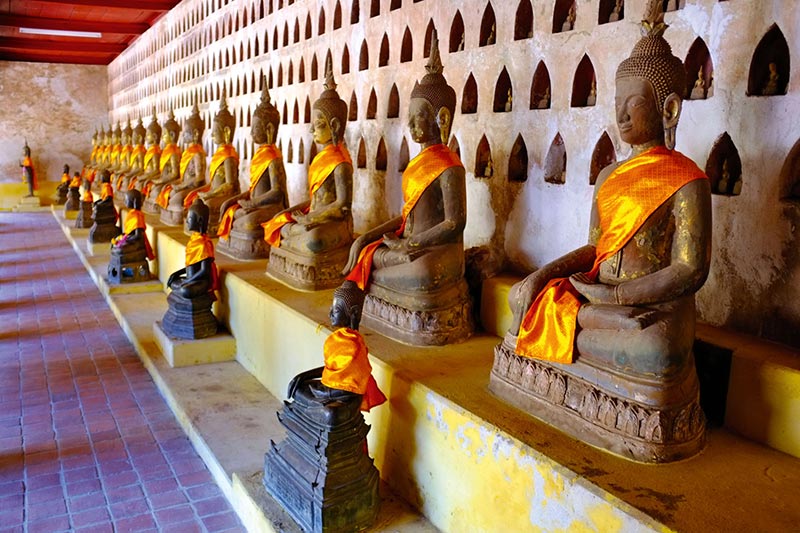 The waterfalls is located in the protected natural area of Dong Hua Sao, in the southern part of Champasak province. Visiting this place, travelers can admire the scenic waterfalls of about 120 meters high in a lush environment of tropical forest, tea, coffee and cardamom crops. 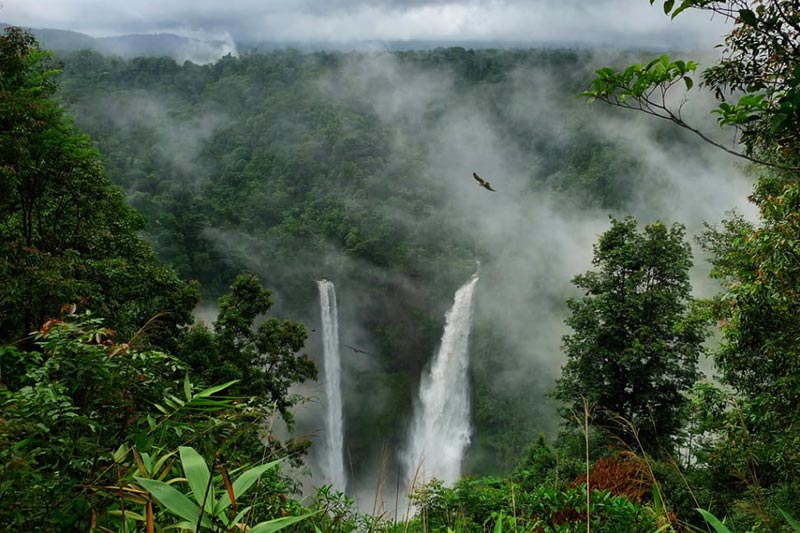 5. The night market of Luang Prabang 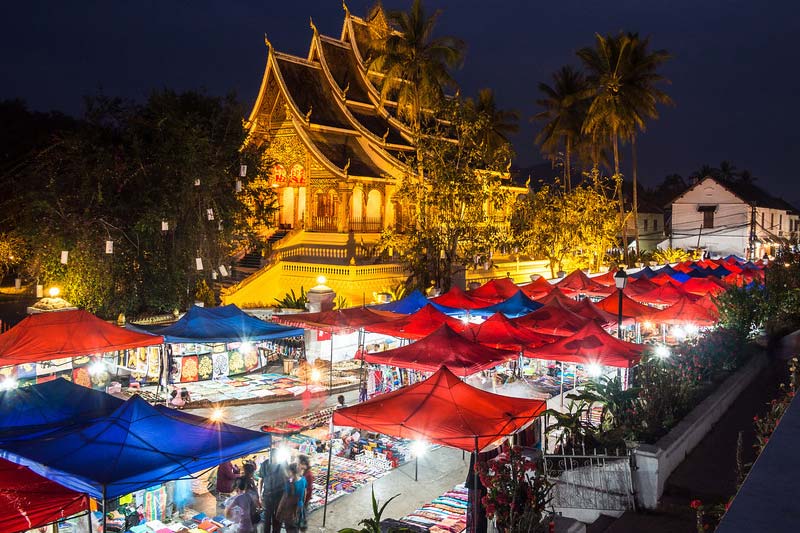 6. Wat Phu, the imprint of Khmer Empire in Laos

The splendid temple that Khmer Empire left in Wat Phu is another extraordinary example of its power, architectural and artistic talent. Here, tourists can contemplate a cultural landscape of more than fifteen hundred years old which is still in a great condition. 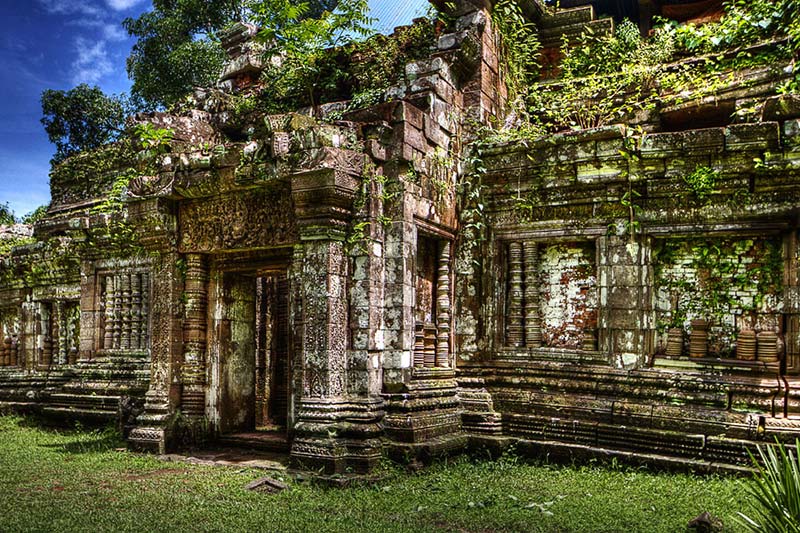 Si Phan Don is simply a place that can’t be missed out on any holidays to Laos. The Si Phan Don rivery archipelago, also known as the 4,000 islands (most of them uninhibited), is a veritable tropical paradise on the border with Cambodia and bathed by the Mekong River. When traveling here, travelers will have a great chance to enjoy a peaceful communion with an unsullied natural environment as well as experience the simple life of its (few) inhabitants. 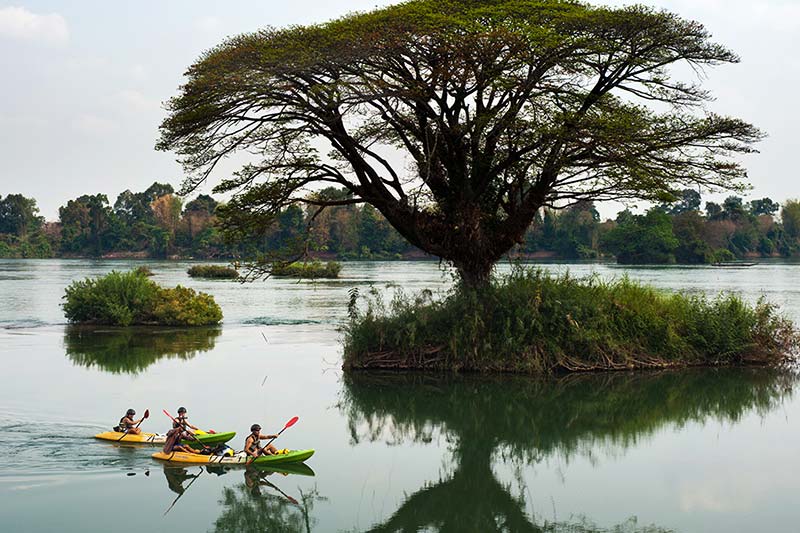 If there is an active tourism capital for young travelers in Laos, Vang Vieng should be the one. The scenic beauty of its landscape of limestone formations, caves and karst phenomena around the Song River is an ideal setting for trekking, rock climbing and kayaking. 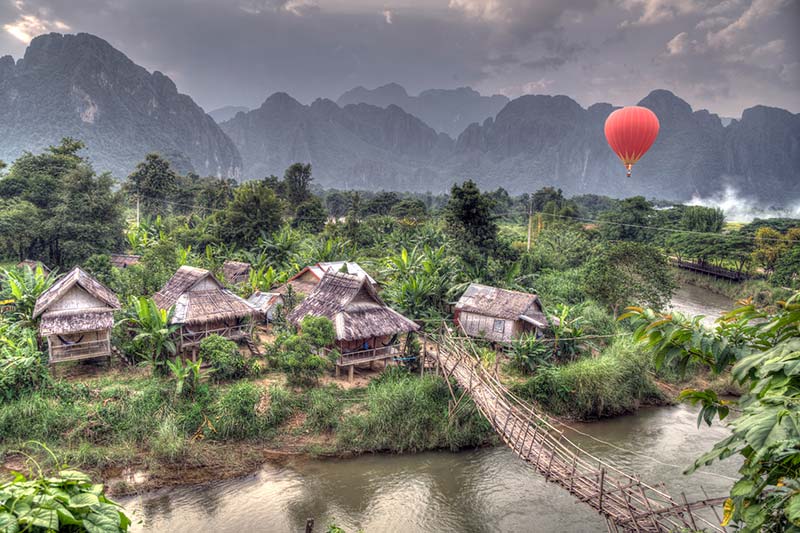 Outside the city of Vientiane is one of the most unusual park in Indochina, the Xieng Khuan Buddha Park. It is a religious park on the banks of the Mekong River that contains more than 200 statues and other figures of the Hindu creed that was born from the very curious mind of a mystic in the early 20th century who professed a mixture of Buddhism and Hinduism. 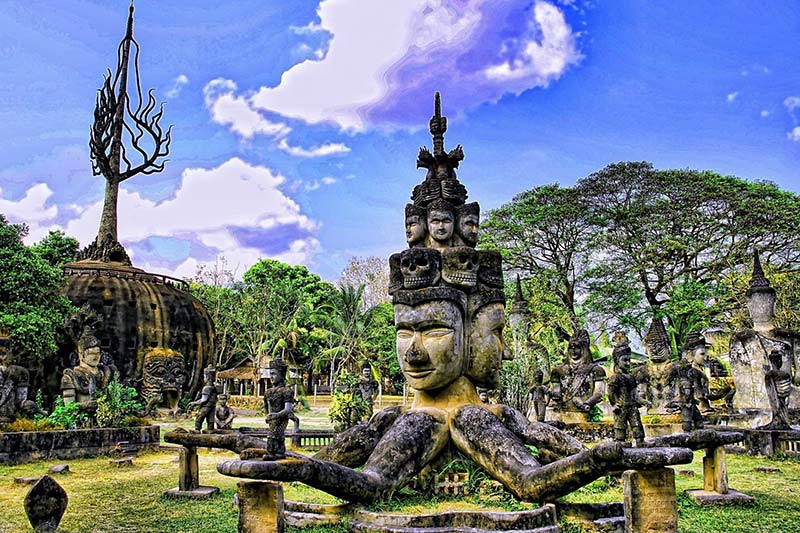 Kuang Si is a remarkable set of waterfalls and natural pools of blue water which is just over 30km from Luang Prabang. Kuang Si is highly recommended for any traveler visit Luang Prabang, which is such a great travel experience in the hottest months in Laos. 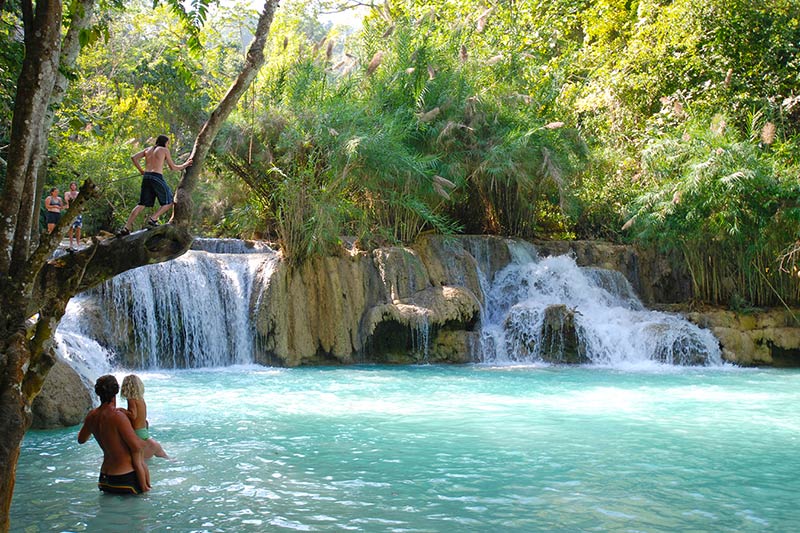 « Common travel scams in Vietnam and how to... 10 best places to go in Thailand »