Life of street vendors in Vietnam

Travelling to Vietnam on a customized tour, there is a high chance that you will encounter a street vendor in every region you visit. Unpopular as it may seem in your country, that sight is extremely familiar in Vietnam, especially in big cities like Hanoi and Ho Chi Minh city. Most of foreign tourists have been captivated by that image and stopped for a while to take a photo. Yet the life of street vendors behind their photos is not widely known. How do they earn their living and make ends meet in Vietnam? Let’s figure out! 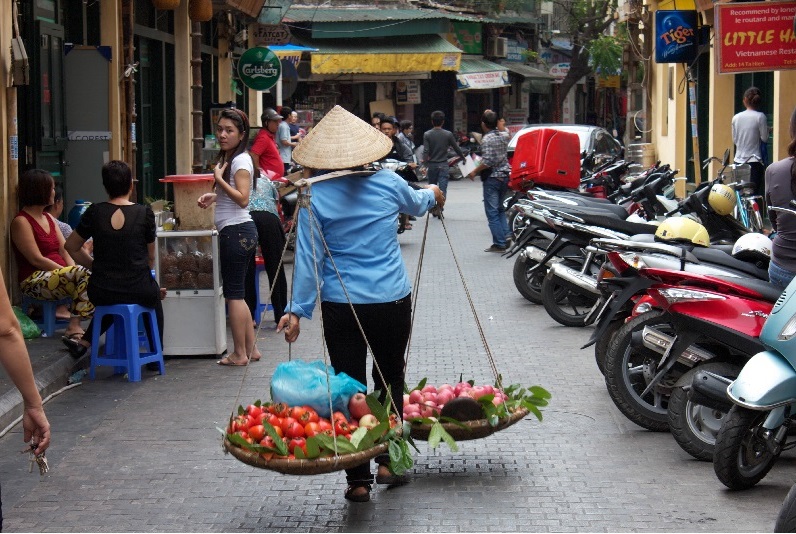 Life of street vendors in Vietnam

Street vendors in Vietnam, who are they?

You can stumble on a street vendor wherever you go: Someone holding two big baskets carrying various types of goods from fruits, flowers to domestic products or someone sitting in a corner of street serving their customers with cheap food.

They can be anyone: A jobless man in the city, a woman moving to the city with the hope of making a better living, etc. Most of them do not have an easy life, which leads them to the path of an unstable life having to move around.

Some have to make enough money so that their children can go to school, some have to do that because their parents need medicines and special treatment from hospitals and there are many who are unable to find any other way to make a living in their hometown.

On your Vietnam vacation, there is a high chance that you will come into contact with a local street vendor. Each one of them might an emotional and long story to share, should you have enough patience to hear them out. 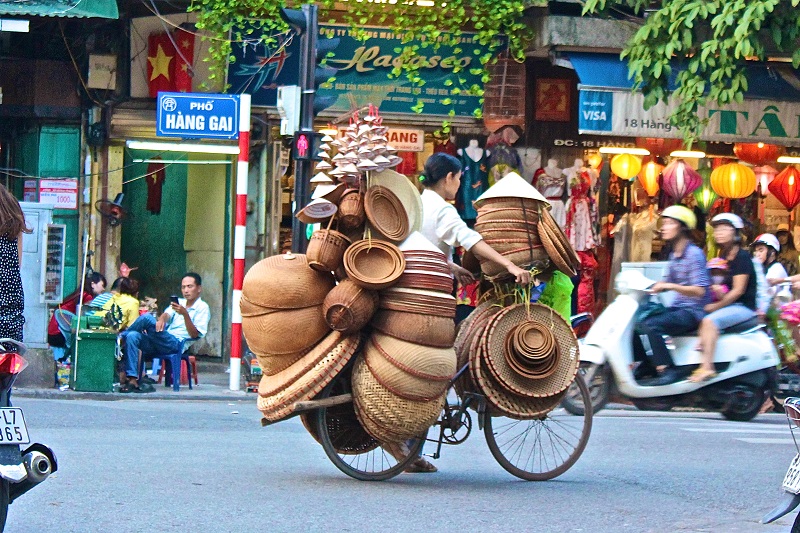 You can encounter a street vendor wherever you go in Vietnam

How do they earn their living in Vietnam?

It may come as a surprise to you that street vendors, even those who have to continuously move around, do maintain regular and stable trading relationship with some customers.

There are many locals who enjoy having fresh grocery and domestic products delivered to their door without a delivery fee. Not to mention that what they can buy from street vendors are not less than the goods displayed in a grocery store or a super market.

However, in order to buy them at a cheaper price, bargain is virtually a must. This is, in another way, a useful tip for foreign tourists travelling to Vietnam on a private tour – who might have intention to buy stuffs from a street vendor they encounter.

With the cheap price and unique dishes, street food sold by street vendors can totally compete with other restaurants. Whenever there is a new type of street food, that dish can easily become a trend because it will attract a great number of locals, especially youngsters to come there and get a taste. Hanoi or Ho Chi Minh city is always full of new and exotic street food dishes that will captivate any foreign tourists.

So can street vendors make profit from what they are doing? Yes, they do, especially in the field of street food - which is thriving in big cities like Hanoi or Ho Chi Minh city. It is widely said that if you never get a taste of street food there, your journey to these cities will never be complete. 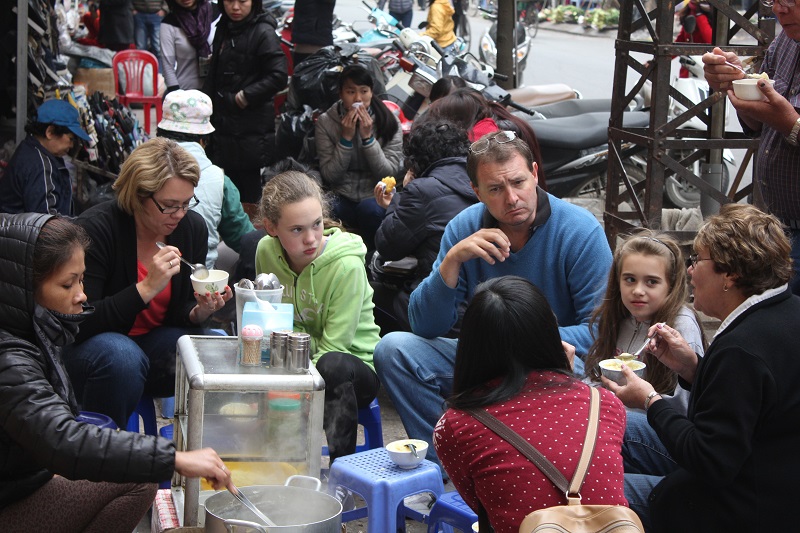 How is their life in Vietnam?

In general, street vendors do not have an easy life in Vietnam. Even though they do earn profit from the goods they sell, it is still hard for them to make ends meet Hanoi or Ho Chi Minh city – where their living cost is a big deal.

To a few who make great profit, they have a more stable live and continue to pursue it as a career. They save enough money to rent some space for selling their food, fresh grocery and even marketing their products. But in order to achieve that, they have to work for long hours and often under harsh condition.

In Hanoi or Ho Chi Minh city – where the competitiveness is high, it is likely that the long struggle of street vendors to earn their living and make ends meet will never stop. Their image and their cries in the early morning become so familiar that one can not imagine Hanoi without the hustle and bustle of street vendors.

To foreign tourists, this image has become a symbol or an inspiration that most of them will stop for a while to take a photo should they have any chance to encounter a street vendor on their Vietnam customized holidays.

There is even a photo book with pictures capturing the beauty of Vietnam's Street Vendors from above taken by a Dutch photographer - Loes Heerink. The sights and sounds of Hanoi's street vendors has inspired Heerink so much that he decided to come to Hanoi and developed his little project, which then became his first photo book. 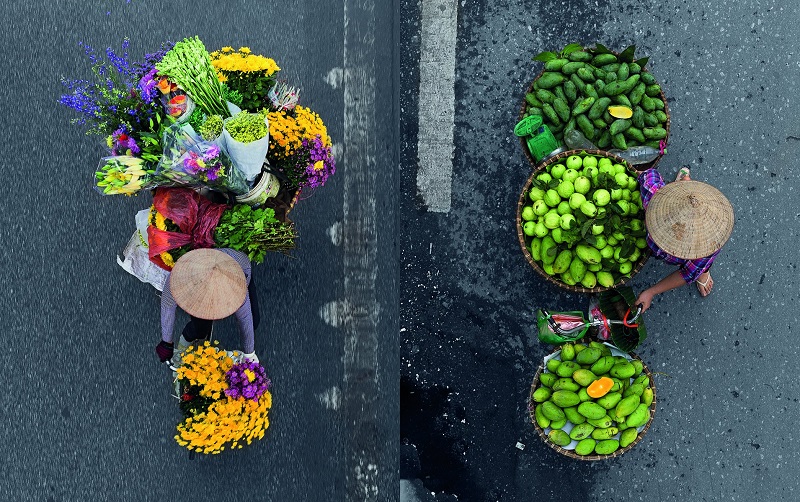 A photo included in the first photo book of Loes Heerink - a Dutch photographer, who was inspired by the image of street vendors in Vietnam (Photo credit: Loes Heerink)

The 10 reasons why you should travel to Vietnam?

How do people live in Hanoi Old Quarter?

Top traditional games to try when travelling to Vietnam

« How do people in Vietnam celebrate... 9 best places for holidays in Vietnam »