Cat Tien National Park is a major national park located in southern Vietnam, approximately 150 km north of Ho Chi Minh City. Cat Tien National Park was initially protected in 1978 as two sectors, Nam Cat Tien and Tay Cat Tien, which were declared a World Heritage Site in the same year. A few years later, in 1992, a large rhino colony was discovered at Cat Loc, the area was declared a reserve of the species. Therefore, Nam Cat Tien, Tay Cat Tien, and Cat Loc have merged to better accommodate rhino breeding. Rhino is not the only endangered animal to benefit from the protected area, Nam Cat Tien has more than 100 species of mammals, more than 400 birds and about 130 fish, which has become one of the richest places in terms of wildlife. parents.

The 72,000-hectare park is one of Vietnam's most outstanding natural treasures, so this place is a paradise for nature lovers and outdoor activities when having Vietnam customized tour. The park offers extensive activities including some of the best walking, cycling and boating in southern Vietnam. For those who enjoy learning about foreign culture, they can learn it through the life of local communities living within the National Park, including the people of Chau Ma and Stieng.

Walking on the path through the forest under the light of a few flaps of sunlight streaming through the trees, visitors will see the strange mushrooms, the charming forest flowers, hundreds of medicinal plants, orchid, you name it.
More specifically, there are many exotic plants such as the 500-year-old giant tung tree, the si tree has a large root divided into branches growing among the clear, murmuring stream, the tree with one body and 6 soaring tops. straight to the sky, the rare and precious brassella with a trunk diameter of over 2 meters, the unburnt medium leaf is used for roofing during the resistance war. 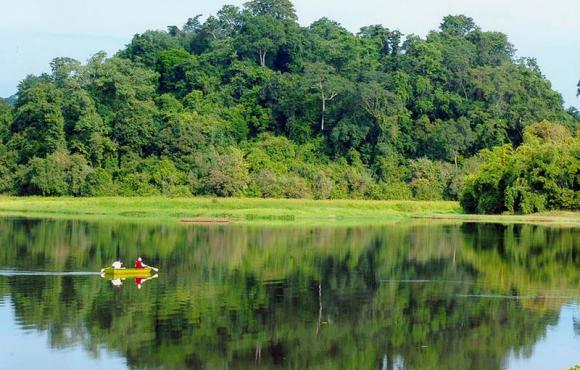 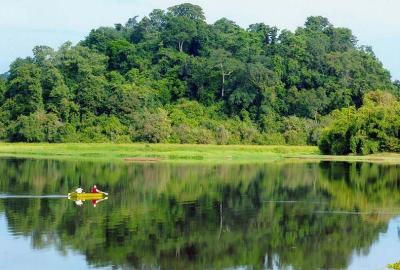