Bac Ninh is located in the region of Red River Delta. The province mentioned has an extension of territory that encompasses a surface of 807.6 square kilometers. These data suggest that the population density of this province is 1,236.26 inhabitants for each square kilometer.

Bac Ninh is known as with many popular pagodas such as Phat Tich Pagoda, But Thap Pagoda, Khac Toai Pagoda, Dau Pagoda and so on.

Dau Pagoda is a temple located in Thanh Khuong commune, Thuan Thanh district, Bac Ninh province, about 30 km from Hanoi. This is the oldest center of Vietnamese Buddhism, but so far, the physical vestiges of the temple have disappeared. The pagoda was built at the beginning of AD. The first Indian monks ever came here. At the end of the 6th century, a Buddhist monk Ti-ni-save-chi from China came to this temple, established a Zen school in Vietnam. The pagoda was started construction in 187 and completed in 226, is the oldest temple and is associated with the history of culture and Buddhism of Vietnam.

Another Buddhist Temple is a pagoda call Phat Tich. Located on the southern slope of Buddha Mountain, Buddha Temple, Tien Du District, Bac Ninh Province. In the temple is the largest stone Buddha image of Ly Dynasty in Vietnam.

Moreover, tourists having Vietnam private tour can pay a visit to Dong Ho painting village is located in Song Ho commune, about 35 km from Hanoi. Due to the technological development, Ho village folk paintings now do not consume as much as before. Over the centuries, 17 families have gathered to the village, which used to be paintings. But up to now, Ho villagers mainly live on making votive paper. Currently, there are only two artisans' families Nguyen Dang Che and Nguyen Huu Sam and their descendants are engaged in painting, preserving Dong Ho painting heritage. 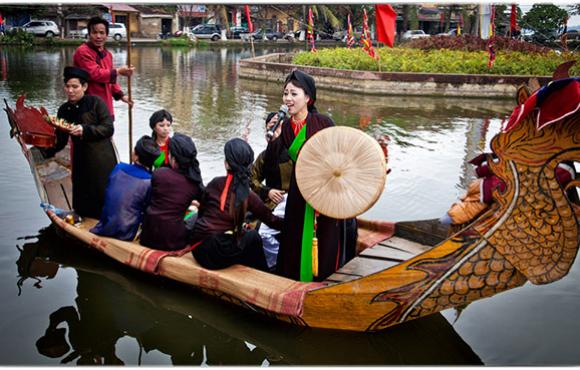 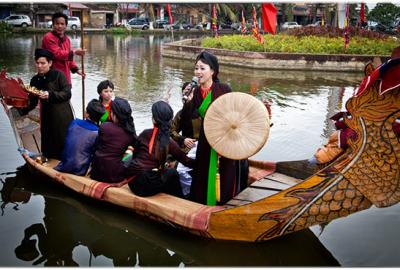